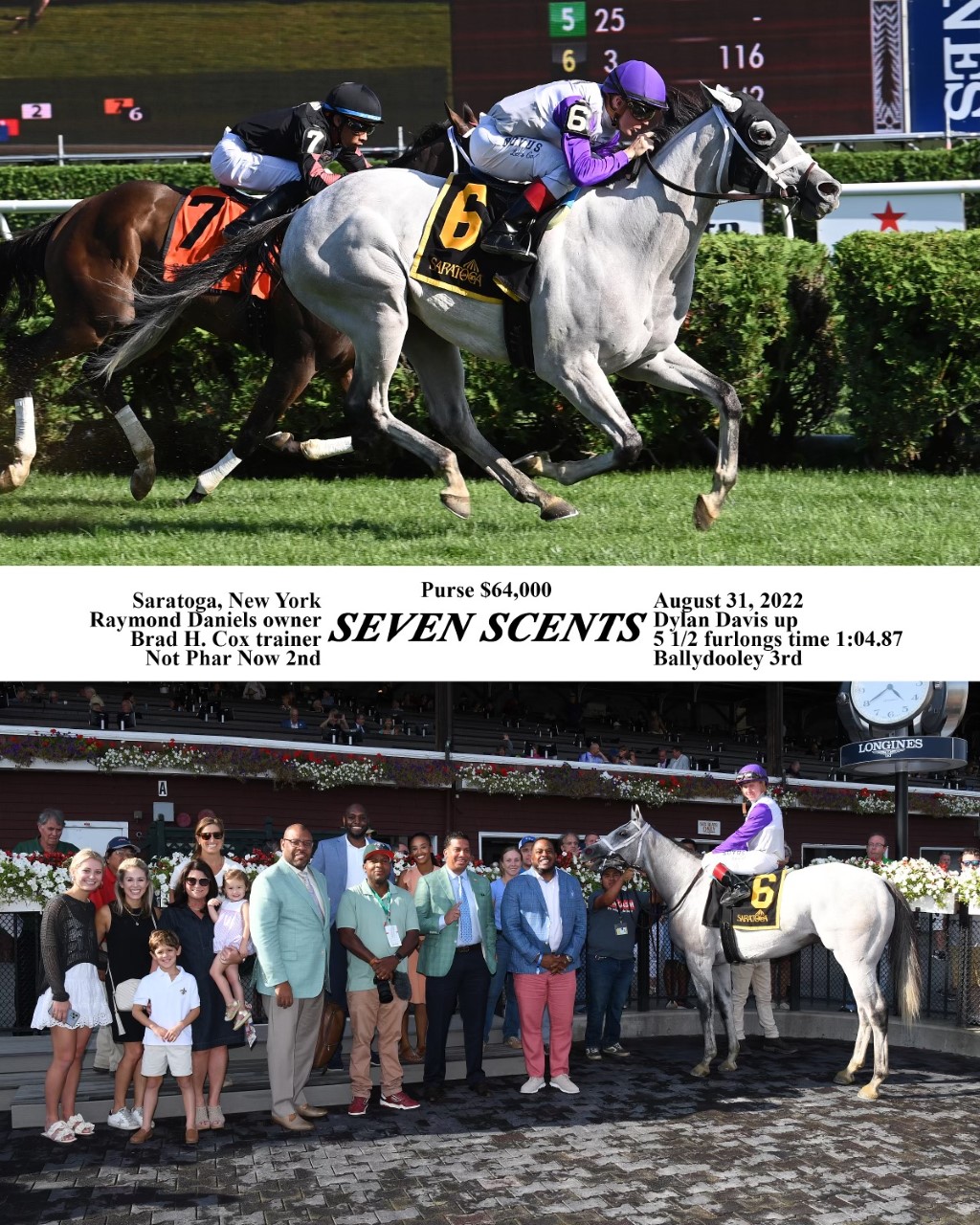 Seven Scents won the 7th race on Aug. 31, 2022 at Saratoga TB, a Claiming race for all horses aged 3 years and above with a purse of $64000. Seven Scents going off at 3-1 completed the 5 1/2 Furlongs on a Good Turf surface finshing ahead of Not Phar Now. Not Phar Now running at 5-2 finished ahead of Ballydooley-GB running at 5-1.

Seven Scents, owned by Daniels, Raymond was ridden by Dylan Davis is trained by Brad H. Cox. The 6 year old gelding out of Forever Vow was sired by Goldencents.